Had I not fallen, I would not have arisen. Had I not been subject to darkness, I could not have seen the light.
And if you're still bleeding, you're the lucky ones. 'Cause most of our feelings, they are dead and they are gone. We're setting fire to our insides for fun. Collecting pictures from a flood that wrecked our home, it was a flood that wrecked this home.
The Basics
General Information

Standing at 5'3", Hazel is a petite and slim framed woman, but holds a deceptive strength from years of endurance and combat training. Hazel uses this to her advantage, able to blend in, often pairing her simple features with comfortable, muted coloured clothes. Typically, Hazel favours comfort over style, regularly is loose fitting blouses, tank tops and combat pants or suit bottoms, she rarely wears heels and with soft, long caramel hair, she tends to style it up or tied back.
Personality
MIND
50% EXTROVERTED
50% INTROVERTED
ENERGY
50% INTUITIVE
50% OBSERVANT
NATURE
50% THINKING
50% FEELING
TACTICS
50% JUDGING
50% PROSPECTING
IDENTITY
50% ASSERTIVE
50% TURBULENT
Growing up, Hazel was a very determined young woman, she excels at setting goals and achieving them, regularly pushing herself past her accomplishments to further her growths. While she has a very determined aura, Hazel strives to be a supportive person, to those around her and her friends. A naturally observant person, Hazel takes care to pay attention to those around her, friends or just co-workers, she tries to help where she can, a loyal and supportive friend once she settles into an area and her friendships.

With the professions that Hazel has held, she's learned to be a very practical woman, she values logical thinking and rational actions, rarely jumping to conclusions or to actions. This does, occasionally, lend itself to a stamping down of emotions, Hazel repressing her own feelings to get through hard events or stay distant from her work. She feels things very deeply and learned that she had to take a step back at work, leaving the events at the office. This doesn't always work, and Hazel can get very invested in coworkers, or even people under her watch. The only thing she's wary about with her career as a handler is potential attachment to her agents.

Despite a very stellar career, her numerous commendations and awards, Hazel remains largely down to earth, humble and kind. She rarely looks at her professional success in a manner to elevate herself and regularly works on an even playing field with those around her. She has an odd sense of humour, although never veering into gallows humour, and a real love for the outdoors.
Abilities & Skills
Hazel trained with the Metsada division of the Mossad agency, primarily trained in combat and sabotage, Hazel is a competent fighter and strategist. With the Intelligence agencies her skills were further honed to include threat assessment and de-escalation tactics, her weapons training was stepped up and Hazel was given rudimentary technology courses to assist in intelligence gathering. Her keen assessment of situations, skilled interaction with targets and civilians and her previous training with Mossad made her a suitable candidate for a handler position within Regiment.

As a member of Mossad, Hazel is extensively trained in krav maga, her position within the Metsada meant that her focus was on lethal strikes and grapples, however her traditional training also focused on defence as offence. Hazel holds a black belt from her training with the Mossad and progressed later to a 2nd Dan outside of Mossad as a past time of her own.

Although trained in fire arm use, especially long range fire arms, Hazel's skill is primarily in close quarters combat. She's skilled with knives but favours the use of a baton when in battle. She does have the standard fire arms training with hand guns that is required of intelligence agents and her training in weapons proficiency from Mossad. Hazel keeps up to par with her fire arms training, but does not primarily use guns.

Within the intelligence community, Hazel was tasked with threat and risk assessment of terrorist cells, combat situations and the de-escalation of precarious organisations. This included a lot of training in gathering intel, being able to dissect the intel and applying it the situations to assess the potential out come and how to neutralise that situation, all before it unfolded. Hazel and her team are attributed with minimising the effect of almost a dozen terrorist threats.

History
Hazel Dagan, born in Denmark to her Danish-American mother, was the final child of Isser and Freja Dagan. An Israeli intelligence agent, Isser was regularly separated from his children for long periods of time. Freja was a very hands on mother, splitting her time between her home in Washington DC and visiting her mother in Denmark. While Isser was on an assignment, Freja was visiting her mother when Hazel was born, joining Elijah, her older brother, and Iris, her sister. Due to Freja's position with the Danish Embassy in Chicago, they lived in relatively nice town house, near the consulate, where the three kids could enjoy an easy going childhood with an attentive mother and their father who, from time to time, was at home long enough to instil a sense of purpose in each of his children with his serious, no-nonsense attitude and world weary stories.

Freja tried to balance Isser's serious nature, but in truth each of the children shared an aspect of it with him, Elijah expressed a desire to complete his service with the IDF while Iris grew into an interest in diplomacy and politics through their mother. Hazel was a little different. Growing up, her plan always changed; she'd be a nurse, a doctor, a firefighter, a lifeguard, a medical scientist, a researcher, a fundraiser, all things that she could use to help people less fortunate.

It was when she was sixteen, visiting Israel with her father, that she discovered exactly where she wanted to start her professional life, and the path she had chosen for her life. It lasted another two years, with Hazel's conviction staying the same, and when she graduated high school in Chicago, she presented her idea to her father. That summer, Hazel and her father left for Israel, where Hazel enrolled with Mossad and began her training with the Israeli intelligence organisation.

A true test of Hazel's dedication, training with Mossad was one of the most difficult things the young Israeli-American subjected herself to. Hand to hand combat turned into an expression for Hazel, the woman using it as a tool to speak emotions she pressed back and down in order to withstand the gruelling training. There were numerous times where Hazel felt like she could quit, but her determination to show her father her capabilities and dedication meant that Hazel pushed through the self-doubt, working her way through the training to become a valued member of the intelligence organisation.

By the age of twenty-two, Hazel was one of the best operatives in the Metsada, the branch of assassins and saboteurs of the Mossad, while it wasn't entirely what she envisioned for herself, Hazel took well to the position, often being commended for her role in sabotaging would be terrorists around the volatile country. She had been training with a small group to become one of the best units the Mossad had seen in many years. At her father's approval and encouragement, Hazel married one of the agents on another team, Tamir Harel. While they rarely worked together on assignment, they had a small farm house just outside of the city that they called home.

It wasn't until she was twenty-five, on a mission with four other operatives that Hazel's core morals were rocked. When insurgents took a school hostage, rather than attempt to work with them, let Hazel set up a negotiation channel, her groups orders were to eliminate without contact. While they were able to evacuate many of the students, a dozen young and two teachers were killed in the strike on the school.

Information later reached Hazel, informing her of corrupt members of the Mossad chain of command. Issuing a report with her resignation, Hazel turned the information to American Intelligence to flush out the corrupt agents and operatives, handing arrests and information to the American government and burning her Mossad bridges in the process.

Getting a job offer from the American Intelligence community was a surprise to Hazel, who had just settled into average life with her retired mother in Chicago again. The offer came, specifically from Homeland Security, to join the Office of Intelligence and Analysis. It came the same day her divorce from Tamir came, citing her betrayal as reason for the dissolution of their marriage. She was more grateful to wipe the relationship into the past to begin her career stateside, planning to make sure that things like the school bombing never happened again.

Unsurprisingly, Hazel flourished in the intelligence community, her keen objective mind and her skill for tactics and strategy assisting to avoid numerous attacks on and off the mainland. Hazel and her team of analysts were imperative in the handling of a situation near North Korea that could've incited World War 3, but diffused the situation with the careful handling of sensitive information, leaving the world none the wiser to how close to war America and North Korea came.

Due to the extremely sensitive information that Hazel was handling on a regular basis, her social circle narrowed dramatically, and while she was still very close to her family, she spent most of her time with her analysts, most specifically with one. Having a sexual identity crisis at twenty-eight wasn't on the cards, and after several months of pushing herself away, Hazel gave in and accepted her interest in a brilliant young analyst she worked with. Connie Dream was a genius analyst with poor socialisation skills, but the pair bonded over long nights of work and high stress situations. Their relationship was intense and quick burning, far more passionate than the several years of marriage that Hazel had behind her.

As quickly as her relationship started, it burnt out, and while Connie and Hazel were able to work together as professionals, the closeness of their friendship suffered, leaving Hazel to vow not to have impulsive relationships with her colleagues again. Their discomfort wouldn't last however, as Hazel was soon privy to violence and injustice dealt against a young superpowered girl, at the hands of those meant to keep them safe. Infuriated at the mistreatment, Hazel put her name forward for the Regiment training to become a handler.

Discovering that, by and large, mistreatment to Supers within the Regiment program wasn't common was a relief to Hazel, but she did realise that a lot of these agents were facing issues that some handlers weren't suited for. Applying her training in defence techniques with the Metsada, Hazel began a course in the South Dakota facility was in, training agents with passive powers how to defend themselves with the least amount of force. With the same dedication she put to everything, Hazel threw herself into her role, becoming rather well known for being approachable.

After a year at South Dakota, both she and her partner were informed that they were being transferred out for a Senior handler to be promoted. Her partner was heading to the Everglades while Hazel was heading to Washington to join with the Limbo facility. 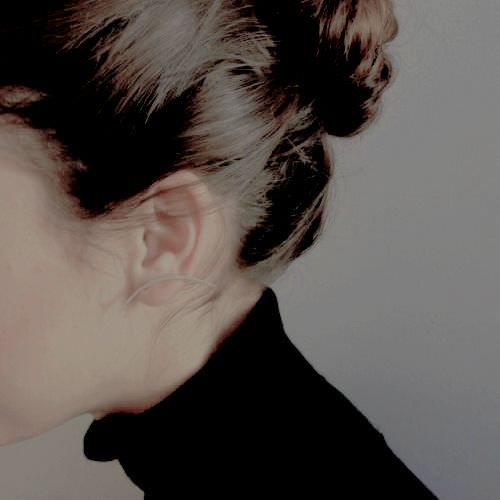 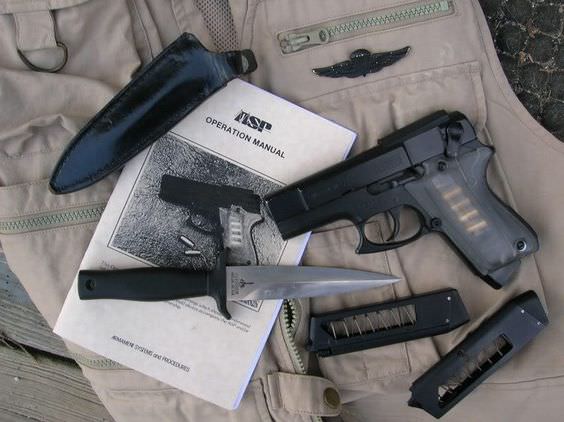 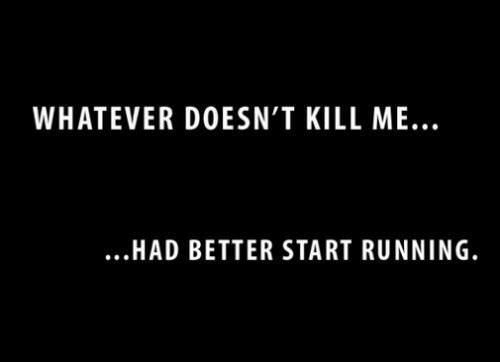 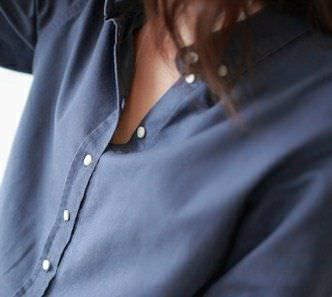 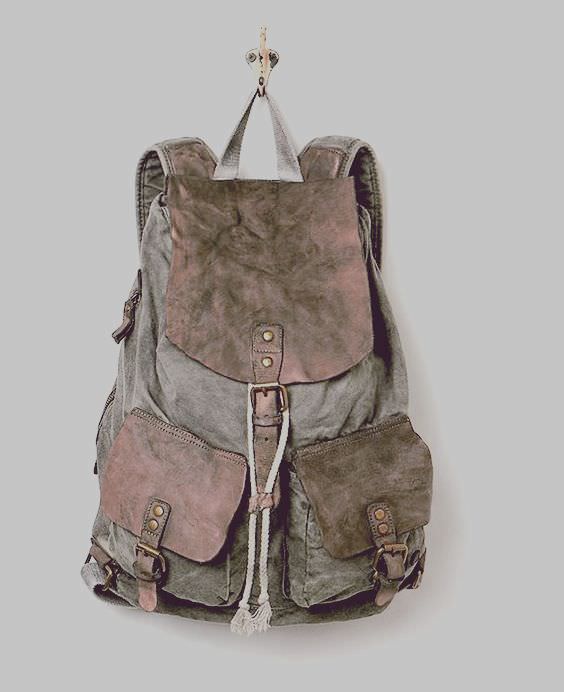 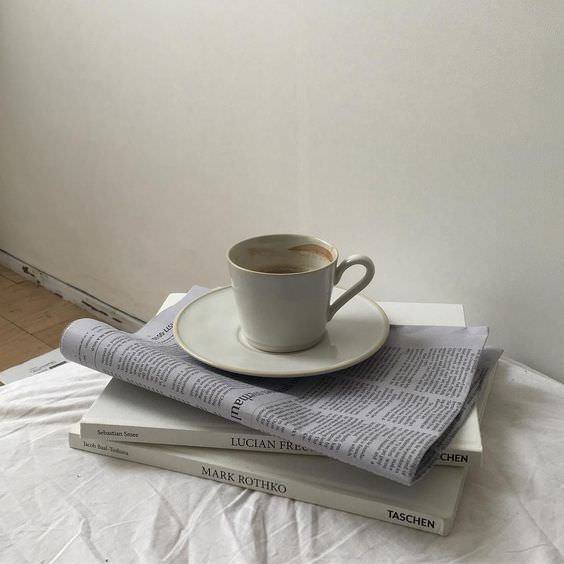